First problem . It's a fundraising letter. They aren't demanding money as the Citizen states, they are seeking donations.

Next:"Inside is a note to Gerstein from the Conservatives’ national campaign chair, Guy Giorno. “Irving, here is a little more on the critical pre-election situation,” it begins. The letter goes on to say that “(Liberal leader) Michael Ignatieff is leading a coalition of opposition parties to bring down the government right after the budget is presented next month.”

Although Ignatieff has long denied any tax-hike plans, Giorno writes, “it is well known that he wants higher taxes.”

Pathetic journalism all around.
Posted by paulsstuff at 6:48 PM 3 comments:

Either Jack Layton Or The Globe And Mail Is A Big Fat Liar.

Hmmm. My previous post actually gave laurels to NDP leader Jack Layton for his willingness to make suggestions in the upcoming budget and dropping his objections to corporate tax cuts as a trade-off. From Saturdays Globe and Mail article:

"The NDP is taking the vexed issue of corporate tax cuts off the table, leaving a four-point budget wish list as a way for Prime Minister Stephen Harper to avoid a spring election.

Mr. Harper and Jack Layton met Friday behind closed doors in the Prime Minister’s Langevin Block office. That meeting coincided with the NDP Leader’s decision to abandon the party’s demand that the Conservatives scrap further corporate tax cuts in the March budget.

“For us to not want [corporate tax cuts] taken out in this budget, the balance of the package is going to have to be very good,” the official said. “That’s why there is little or no room to bargain down from our proposal today.”

Funny thing that. From today's Globe and Mail:

"New Democratic Party leader Jack Layton left little doubt Sunday that his party will vote against the upcoming federal budget in March, which could force a spring election.

In his first interview since meeting with Prime Minister Stephen Harper on Friday, Mr. Layton said on the CTV’s Question Period that the NDP was opposed to the corporate tax cuts the Conservatives say will be in the budget."

Political posturing? Most likely. Surely Layton knows there will be no corporate tax cuts in the 2011 budget. Said tax cuts were implemented in the 2007 budget. Finance Minister Flaherty need not even mention the scheduled cuts still to come into effect.

So what's the deal. Is Layton pulling a Jekyll and Hyde act? Layton's official statement and press release never mentioned the tax cuts. Would Layton not have reiterated his opposition to said cuts in the media release? Or has the G&M simple adopted the Susan Delacourt way of writing an article? Perhaps the NDP official quoted in Saturday's article was a guy named Don Burroughs.

Or perhaps Layton has just simply reinforced what many already believe. That he is simple just a snake with no integrity that says what he thinks voters want to here on any given day, whether he believes it or not?
Posted by paulsstuff at 11:46 AM 4 comments:

It's no secret I'm not a big fan of NDP leader Jack Layton. Socialist policies tend to be a waste of taxpayer dollars and are never cost efficient. More often than not they punish those that work hard for their money and reward those who blame their troubles or woes on evrybody but themselves.

But Layton's budget demands, or what he calls priorities, seem to make sense and would benefit Canadians from coast to coast. Layton has also thrown the PM a bone by offering to support the budget if some of his demands are met in exchange for not pushing for a stop in the corporate tax cuts. Seems like a win-win for both sides.

"The NDP have asked the Conservatives to take the GST off home heating bills, restore the EcoEnergy Retrofit program and increase the Guaranteed Income Supplement for seniors. The party also wants changes to the Canada Pension Plan and a plan to increase access to family doctors."

Taking the gst off home heating bills is a no-brainer. Seniors and low-income earners are the ones most affected by changes in hst in Ontario and BC. Other provinces also include the tax. At a time when Ontario voters have finally had enough of Dalton McGuinty, this could also provide the Conservative's with a boost in electoral fortunes.

Increasing the GIS and expanding or making changes to the CPP also are a good idea, particularly because of our aging population. The only criticism I have is Layton's demand to reinstate the EcoEnergy retrofit program. This program was a government albatross, with rougly 50 cents of every dollar spent going to administration costs.

A side benefit of meeting Layton on some of his priorities is the fact the Tories keep rolling out those corporate tax cuts. As much as Ignatieff and his mainstream media sidekicks scream, those cuts are essential to improving and expanding our economy. The corporate tax rate is not the only factor considered when a company or corporation decides where to make investments or expansions. Energy and transportation costs, emplyment costs such as insurance and benefits all factor in. Having a more attractive tax rate will help.

Harper and Layton getting this done in the budget also throws Ignatieff and Duceppe to the sidelines. Imagine Ignatieff and the Liberals voting against a budget that helps seniors. The fact is those corporate tax cuts won't even be in budget 2011, so Ignatieff will look foolish stick with that as his talking point.

And Duceppe? Well, in my opinion he has probably done more to improve the Conservative's chances of getting that majority government. There is no way the PM will meet his demands and pander to Quebec for a handful of seats in the province. Instead, voters outside of Quebec will applaud the PM ignoring a seperatists blackmail demands, boosting our fortunes across the country.

"OTTAWA - A former chairwoman of the CRTC says she's not holding her tongue any longer after watching the Conservative government demand a reversal of the regulator's decision on usage-based Internet billing.

Francoise Bertrand, now president of the Federation of Quebec Chambers of Commerce, has remained largely silent over the last decade on telecom issues so that she wouldn't be seen as an armchair quarterback".

So Bertrand is upset the government wants the decision reversed and things they should stay out of it. Problem is nowhere does she mention the fact the Liberals and NDP both demanded the decision be reversed as well. But here is where Bertrand stepped in it, showing her bias:

"Bertrand, who under the Liberal government did not have a single decision overturned by cabinet, said that repeatedly questioning the decisions of the commission will only sow confusion in the telecom and broadcasting industries and potentially hamper investment.

Now we have a minister, or I don't know who, who have not heard all the facts, all the elements, and decides arbitrarily that it's not a good decision and it should be the other way around," said Bertrand

Well, hate to break it to you, but Ignatieff is taking credit for the reversal of the CRTC decision:

"On Tuesday morning, we sided with you against the CRTC’s decision. By the end of the day, Liberal MPs on the Industry Committee had already begun an investigation. Then, yesterday, we kept the pressure on the Conservative government during Question Period in the House of Commons. At tonight’s meeting of the Industry Committee, Liberal MPs will tell CRTC Chair Konrad von Finckenstein to reverse course.

Of course I could really rub salt in the wound and point out her hypocrisy in speaking out about the subject, considering she is not a part of the CRTC. But I'm sure if she reads this she'll realize she already made herself look stupid.
Posted by paulsstuff at 4:37 PM 3 comments:

I realize the tradition is to support a minister at a time like this, but traditions can be broken. The document altering is a joke, something one would see in junior school. The Conservative caucus has a number of bright and well rounded MP's who deserve a shot.
Posted by paulsstuff at 4:27 PM 9 comments:

This book is dedicated to Susan Delacourt of the Toronto Star, without whose help our complete nutbar ideas and philosophies would never see the light of day. Thanks Susan, your Harper Conservative hating Liberal loving agenda is a godsend in our quest for smears and innuendo to land Michael Ignatieff and the Liberal Party of Canada back into power.
Posted by paulsstuff at 11:33 AM 1 comment:

What Do These Liberals Have In Common? 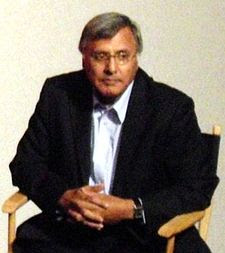 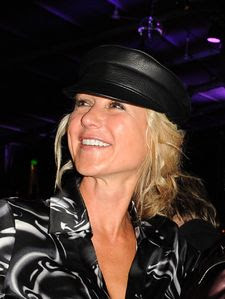 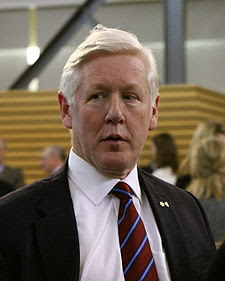 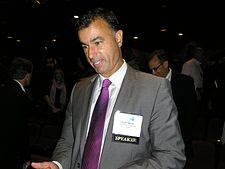 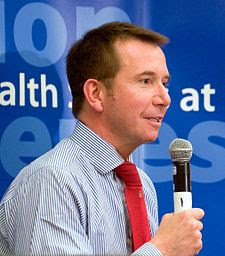 They are neither principled nor decent. At least that's if you want to be fair and compare them to Rocco Rossi and apply the same bar to all that Liberals are now applying to Rossi. Now that I think of it, Stronach, Brison, and Martin all ran for the leadership of their now rival party. Rae and Dosanjh actually were leaders of a rival party. None broke any rules, but apparently you can only go right to left without losing your morals.

Must suck being a Liberal these days. I'm sure McGuinty would wanna run as a PC in the next election if he could get away with it.

Warren Kinsella- You Can Erase The Memories....

Seems Kinsella is still pretty peeved by Rocco Rossi's decision to run as a PC under Tim Hudak. On his blog today he has posted comments made by members of the PC Party trying to show Rossi or Hudak in a bad light and as hypocrites. Now I read Kinsella's blog daily in the run-up to election day for Toronto mayor. Ford was my favorite with Rossi being my second choice. I also remember Kinsella writing glowing posts about both Rossi's character and platform almost on a daily basis. So I searched his blog and found nothing about Rossi. Poof. Gone. Vanished.

So I tried Google, a bloggers best friend. Sure enough, posts showed up from Kinsella's blog. But clicking on the link would take you to the original posting on his blog, with the only thing left being "Nothing was found!"

And that's why you gotta love Google's cached page feature:

"It was a great privilege to work for Rocco Rossi, and with his amazing team. As Marcus Gee wrote, Rocco was classy, smart and decent right to the end.

And he was the best choice for Toronto mayor to the end, too.

I joined the campaign late – I, like others, had been waiting for John Tory to jump into the race, to no avail – but I can tell you that Rocco had put together an amazing team and plan in the interim. He had it all. A coalition of Liberals, Tories, New Democrats – plus an abundance of ideas, fundraising and a smart vision.

What he didn’t have, so much, was name recognition. When you are up against career politicians, that’s a problem. So, under the terrific leadership of campaign manager Bernie Morton, we did edgy, creative stuff to capture voters’ attention and support. Much as we tried, it didn’t work.

The cynics and the nobodies and the anonymous chat-room haters – the ones who wouldn’t know how to run a two-house paper route, let alone a political campaign – have started the inevitable sniping at me and Bernie and Rocco and others. That’s fine. Snipe away, nobodies. You are who you are.

I know we had the best candidate and the best team and the best plan. And it was, as I say, a privilege to work for Rocco. I guarantee that we haven’t heard the last of him. (Well, Kinsella sure got that part right)
Posted by paulsstuff at 5:10 PM 10 comments: